My aunt took me to Church when I was about 4 or 5… And I loved it… I loved worshipping and singing. I still do. I learned about Jesus and “The Special Book.” I loved God then. But life led me away from God and into drugs, alcohol, fornication, and self-destructive behaviors.

Even then I wore a “Jesus Loves You” bangle, but I was not living holy. I was in gross sin, basically breaking all of God’s Laws… But I still knew He loved me. I say… I’ve danced with the devil and played in the dark, but there’s no greater love than the light of our God.

Then in 2008… My whole world came crashing down… I had made bad decisions, I lost everything – the recession helped- but I had done a lot things I wasn’t proud of, and I felt like a failure.

I was alone and depressed in a room at my parent’s house… It was the day my Mercedes got repossessed… I had taken a nap so I wasn’t awake when they came to pick it up. When I awoke I knew deep down God had done me a favor. That would have been a bit much for me to bear, since I has once put so much value on the now worthless material things…

But just before that… I knew I was going bankrupt… and I had two minor car accidents… Fender Bender’s… And I actually ended up getting paid by the people who hit my car… It was weird… But my eyes were opening as I realized that bad things were happening but good things were coming out of them. I sensed God… I was noticing His blessings in disguise.

So in my moment of moral and financial failure… I admitted defeat. I cried out to God…I asked for forgiveness. Living in sin had done nothing, but destroy my life and steal my peace. I asked Him for wisdom, for guidance… I asked Him to protect me and lead me, and I promised my life to Him. I gave myself to God. 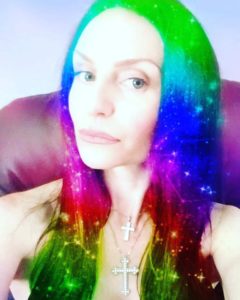 Then began a journey of supernatural experiences… More blessings in disguise… more heartfelt prayers to God.

I was still a sinner though, but I was growing… Then after a few years… I still kept noticing God… in signs… Like a fortune cookie would give me a prophetic message, a song would speak to my heart and give me the clarity I needed to make the right decision and the right next step… I was being guided… God was with me.

It wasn’t until 2012… When God had arranged my entire life and brought it to a point of His revelation of Himself to me. His guidance had enabled me to start Beverly Hills Magazine… I was still broke but hopeful, and my faith was growing…

When I was on Netflix one day…  The Bible Series TV SHOW by Lightworkers Media was available… So I decided to binge watch it… I watched all 10 episodes in one day….It was so well produced… Best depiction of Biblical History I had ever seen… I was impressed by the excellence. I knew God had His hand in it…

But it wasn’t until the last few episodes where Jesus was revealed… He was so lovely, so beautiful, so kind… So POWERFUL. I fell in love with Him.

He had stolen my heart… but I was still in a fornicating ungodly relationship… But my spirit was turning to the revelation of the reality of the Risen King… I knew Jesus is alive… I can’t keep living this way. My conscience was convicting me. I was in love with God, but betraying Him…. This had to stop… I was coming to repentance … A true want and willingness to turn away from my life of sin to a life devoted to God, the Living Christ.

To seal the deal… A few weeks after watching the show… even though my Beverly Hills Magazine business was still new, I still had no money, and I was working tirelessly to build something with the vision God gave me for it… I got an email to interview a Hollywood Producer…. This was HUGE!!!

But not just any producer… The producer of The Bible Series TV SHOW and the Son of God movie… The woman Roma Downey… who also happened to play the Mother of Jesus Christ in the film!!! WHAT ARE THE CHANCES?! My mind was blown… This is how Jesus Christ revealed and confirmed His existence to me… Only the LORD Himself could arrange such a meeting that confirmed my faith in the fact that He is still alive. Now I know without a doubt that Jesus Christ is alive… He is God, and He has singlehandedly been orchestrating my entire life to bring me into His loving arms, and into the knowledge of who He is.

My faith is now securely placed in Christ, the Saviour of the world…my hope is in Him, and my hope is secure. This supernatural journey of His manifest Presence in my life has only grown 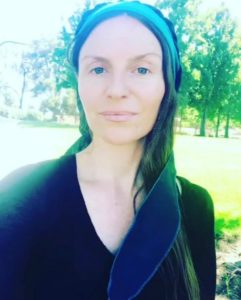 more prominent and wonderful, and now I serve Him and hear Him, and love Him more than life itself. I walk with the LORD now. My heart belongs to Him. My life belongs to Him.

I have forsaken the ways of this world to serve Him in true holiness and righteousness, and my great joy is to seek Him, to pray, to learn more of His truth through His holy word. I live to worship Him, and I humbly await the day my body of flesh returns to dust so my glorified spirit will go to be with Him in Heaven forevermore. Though this I know to be true, He is with me here and now, always and forever… It is this truth alone that brings me comfort, peace, and gives me the strength to endure all things to bring glory to His Name.

Jesus loves me with an eternal, everlasting love… And I love Him the same. For I am not my own, but I have been bought at a price, and the life that I now live, I live by faith in the Son of God, who loves me, and gave His life to save me. I trust in the LORD with all my heart. I lean not on my own understanding. I acknowledge Him in all my ways, and He directs my paths. He is faithful and true. He is trustworthy. He is God and there is no other. No other Name has been given unto men under Heaven by which they may be saved. He is my King, my husband, my love, my God, and my EVERYTHING. Without Him, I am nothing and I am nothing, but His. I am His and He is mine. A truly holy matrimony. ❤ Jesus is LORD. Amen.